AND WE ALSO TELL YOU WHY YOU SHOULD NOT

We often get asked what the difference is and why we do not recommend or sell Soda Syphons.

Maybe you are in a hurry so here is the list.

6 reasons against a Soda Syphon:

(the video also shows clearly, why they are outdated old tech) 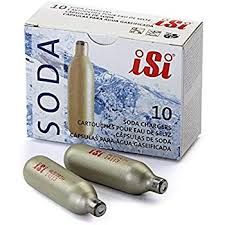 Have a look at the Sodafresh Soda Maker videos and spread the word. Now you know more than most people. Syphons don’t make sense in 2022.

Most home soda makers are either soda siphons or small, stand-alone appliances known as Soda Maker Machines. Soda siphons attach to the mouth of a bottle and carbonate whatever liquid is in the bottle. It does this through a small, disposable 8mg CO2 cartridge inserted into the siphon.

Soda Maker Machines have much larger, refillable CO2 cartridge built into a counter-top appliance that can fill an exchangeable bottle. (More than 50 times the CO2-grams to be precise.) They have features that allow you to control how much CO2 goes into the bottle. They’re easier and faster to use and just a little more costly up front.

Soda Maker machines have a slightly higher upfront cost but cost less in the long term thanks to the much lower refill cost.

Soda siphons cost a bit less initially but have higher residual costs and they are not very eco-friendly as you go through a lot of the small capsules that you then throw away.